Yes...the Reno Family is still alive!  Wow - am I ever behind!  I guess I can play catchup, right???
MARCH
* Parker's 3rd Birthday Party
We celebrated at Froggy's with friends and family.  The theme was Toy Story 3 with a cake including all of the Toy Story characters.  He got some great toys and a cute toy chest to go in his bedroom to hold all of them.  So hard to believe he is turning into a little man!!!  Here are a few picture highlights of the party. 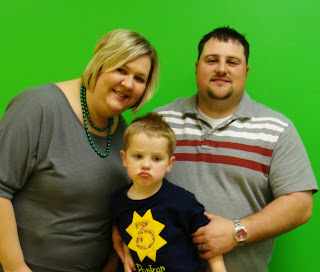 Parker with Mommy and Daddy﻿ 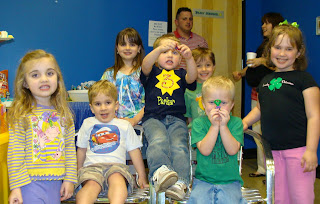 Parker with his friends and cousins (minus a few who had to leave early!) 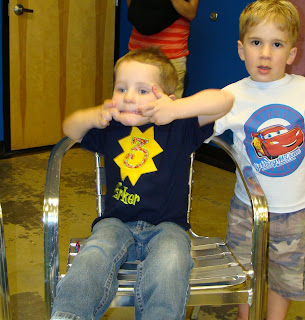 * 5 Year Wedding Anniversary
Braxton and I celebrated 5 years of marriage on March 18th.  I am so blessed to be married to Braxton!  He is truly everything a man should be - a loving husband, wonderful father, and he truly is the spiritual leader of the household.  I AM BLESSED!!!!  It is amazing to think it has been 5 years.  Who would have thought we would have gone through all we have?  And who would have thought we would have 2 amazing kids??
I LOVE YOU BRAXTON!!! 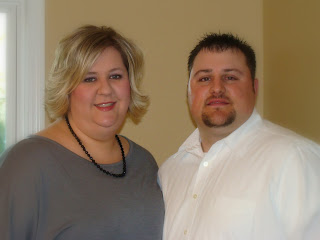 *LOTS of SOCCER
For the first time, Parker played an organized sport this spring!  We thought it would be best to try soccer first - before we try ragball/baseball.  He did okay.  He learned what it was like to have the ball "stolen from him" and how to listen (and not listen﻿ to his coaches).  He played on a team with his friend, Brayden, and Braxton helped coach his team.  The first game he did awesome - 3 goals!!!  But the other games, I can't say the same!  He was more interested in getting candy or Gatorade from the concession stand than playing.  I was frustrated and his daddy was REALLY FRUSTRATED!  All in all it was a good learning experience.  Here are a few pictures...from the first game! 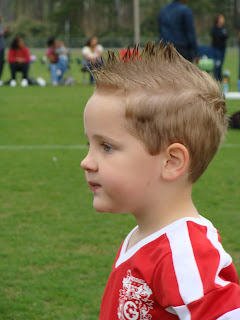 With his game face on! 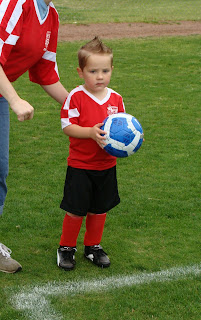 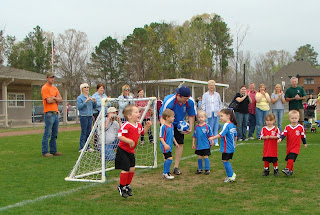 Excitement after scoring a goal!!!﻿ 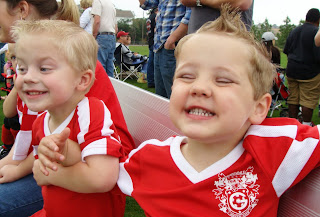 Parker and his friend Brayden - they are a mess together!!!

I will have to catch up on the month of April tomorrow!  ENJOY!!!
﻿ 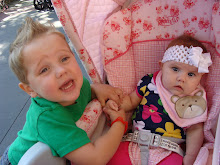 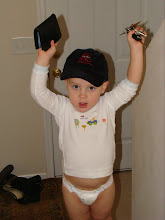 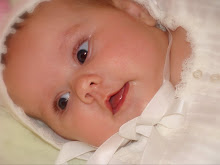